Things You Should Know About Travelling On A Container Ship

Travelling by container ship is a unique and fascinating way of seeing new destinations and getting to where you want to go. Going on a cargo ship is 100% legal to do, but it can take a while to organize and there are many things to consider when planning for your trip. Here are a few things to keep in mind from my experience planning and travelling on a container ship for four weeks from Singapore to Europe.

Planning Where To Go

You can book container ship voyages pretty much from anywhere to anywhere. Whether you are starting from Australia or New Zealand, Europe, Asia, North America, Africa, South America or small pockets within the continents like around the Mediterranean or the Caribbean.

In addition, just like an airline, shipping companies offer one-way or return trips as well as segments of a long route. For example, the line I traveled on, connects Europe to Asia, which takes approximately two months. Given my time and financial restraints though, I choose to only book for a 4 week period.

Different companies cover different parts of the globe. From experience, almost none of the companies list complete itineraries but instead have a custom built approach. That makes sense considering how fast everything changes. The ports of call, the duration you stay in each port, or the route altogether!

In order to get the most relevant information, I highly recommend booking through a travel agent. Which brings us to point number 2!

There are only a handful of freight travel agencies that can help you book a cargo ship holiday.

For those that want to do everything by themselves, it is also possible to reach certain companies directly for a quote. CMA-CGM is one of the companies that actively advertises their freight travel services on their website. To get specific information, sailing dates and quotes for most companies, however, you will have to send out an email and get in touch with local agents.

After doing a ton of research, and sourcing as much of the free information available online as I could, I used Freighter Travel from New Zealand. The owner, Hamish, was incredibly helpful to deal with and put up with all my questions and concerns from start to finish.

We are talking more than 60 emails!

What to say on your first email?

Most popular routes book far in advance. Yes, you might think that nobody travels on a container ship but considering there are only 2 to 6 cabins available on each ship you might not get the route you want if you are not fast. Most agents recommend booking at least 6 months in advance to avoid bad surprises.

It is also very important to have an idea of where, when and how much you are willing to spend before you reach out to someone. A very rough estimate for the cost of a cargo ship journey is 100 – 120 euro per day.

I found that out early on when I send a few general inquiries and got back template responses that I can only describe as cautionary. What do I mean by that?

Well, it seems that a lot of people are under the impression that you can work on container ships in exchange for transport and board, or that they are a cheaper alternative to flying. Both of these assumptions are false.

Working is strictly forbidden due to insurance regulations and flying is almost always going to be cheaper. So, most template emails are cautionary in that they are actively trying to discourage people that fall under those categories.

Here is my second email with the headline “I know! Please help!” to Hamish at Freighter Travel, confirming that I am aware that it is a costly and lengthy process but I still want to go ahead with it.

Like I wrote, on “Why Would Anyone Like To Travel on a Container Ship”, you are going to have to really fight to get on this thing from the very beginning. I am not crazy, I want in, I know it’s hard but let’s do it!!!

The best thing about booking through a travel agency was the support and expert advice that I wouldn’t have been able to get otherwise.

Do you know how to get travel insurance that specifically covers evacuation from a merchant vessel?

How soon should you arrive at your departure destination?

Those are the types of questions you can ask to someone that does this every week.

I’d also like to add that Freighter Travel does not charge for this service! I can only assume they work with commission but that is not confirmed.

Hamish was able to offer me the vessel I was after, the route that I was interested in and within the budget I wanted. I cannot recommend his services enough.

What kind of paper work do you need when you travel on a container ship?

So, you have picked your route, vessel, duration of trip and are finally booking it! I’m so excited for you already.

The next step will probably kill some of your excitement buzz but it is a necessary one that will get you there safely. Paperwork.

I can’t speak for all cargo companies, but CMA-CGM required approximately 12 forms to be filled out, signed, scanned and emailed back. Safety is paramount when we are talking about the shipping industry.

A few things all passengers will need to keep in mind when booking:

When it comes to the booking conditions you are basically signing your life away. You cannot hold the company responsible if you fall and break your neck or whatever else may happen to you.

Did I mention that working on a container ship is one of the most dangerous jobs on the planet? Well, at least you won’t be working on it just walking around.

I cannot stretch enough the ability to be flexible when booking and planning your trip! For my journey, I chose to depart from Singapore, which meant I had to fly from Auckland, New Zealand to meet my ship.

Having done all the research possible, I knew that ships might depart early or late and there is nothing you can do about that other than show up on time. It will leave without you!

To make sure I didn’t miss the ship, I booked a flight that arrived 5 days earlier, giving me plenty of time to explore Singapore. The travel agent also told me that from his experience most ships are delayed by at least 2 days, so I was feeling quite good with my decision. Can you guess what happened?

A few weeks before departure I get an email saying my ship will actually be leaving five days earlier than expected, an unprecedented phenomenon in the world of shipping where everything runs late.

As you can guess, flights had to be changed, packing had to be moved forward (as I was literally packing everything I owned) and I was quite angry with myself. Not angry with the travel agents or the shipping company, though. Their job is to move millions of dollars worth of cargo around, so to put it bluntly I am just not that important.

In the end, my original flight would have arrived two hours after my pick-up, which meant I still would have made it to the ship on time. I would not have explored Singapore though. So all’s well that ends well.

Bring all your paperwork!

Don’t forget your passports and vaccination records, you will not be able to board without them.

Some cargo ships have a pool, a gym or exercise room, table tennis or a small library of books left behind by other passengers.

We had no pool, or library (technically the room was there but empty of books), but we did have table tennis, and a gym.

The Officers Recreation room doubled as the entertainment venue, with darts, a TV where we all watched movies and plenty of card decks for bonding games.

From listening to other traveller experiences, spending time with the crew and officers or hanging out with them for card playing and movies is not always a given. In addition to the Officers Recreation room, there was also a Passenger Recreation Room which I used once.

To be on the safe side, I would bring a hard drive with plenty of movies, e-books, actual books, a couple of pocket sized board games and anything else you enjoy to do solo or as a group.

I can also guarantee that latest movie releases, with subtitles (English at least) will be very well received by the crew as well.

No bragging but by the end of it, my darts game was pretty strong. Also, no alcohol allowed on board this ship so juice and soft drinks only!

When it comes to life on-board there are those that find it completely boring and people like me that found everything fascinating!

One thing is for sure and that is, you are mostly on your own at least to start with.

The crew and officers on-board are working, all the time. They are constantly monitoring, fixing, making sure procedures are followed and some of them are even studying to advance to the next rank. The most exciting part is the three meals a day and the chance to sleep and recharge.

Having said that, I had the most warm welcome from all crew and officers and made close friendships with people I am still in touch with. It all depends on your personality and those of the people on board.

In general I would say that your goal at least at the start is to be as less annoying as possible.

Misc Things To Keep In Mind

It is possible to buy some items from the slop chest (def: store on merchant ships) that is usually run by the Bosun. (def: the senior most crew rank or deck boss)

You will usually find chocolates and other confectionery items, ship clothes, (which you probably won’t need) and tobacco at tax free prices. One cartoon of Marlboro Gold will only set you back 20 euro, which is dangerous when you don’t have much to do than stare at the sea all day. Only US dollars are accepted on most ships so bring cash!

The Ranks of Seafarers

So, this is a fan one! I knew that the world of shipping had its own lingo, ranks and colloquialisms but I wasn’t really sure how it all came together. No better time to learn than when you are introduced to 30 odd crew members and officers and have to remember their ranks, right?

It might look like a lot of people but considering the size of those vessels, that is only 20-30 crew max running the whole operation. Also, if you are allowed on the bridge as a passenger, you will very soon become familiar with the time slots of different officers throughout the day.

Your roster as a passenger will look like sleep, eat, read, wander, repeat!

There is no telling what kind of nationalities you will get on board a container ship. However, the more common ones are Croatians, Romanians, Ukrainians, Russians, Filipino, Indian, Chinese, Turkish, Greek and Polish.

The lingua franca of the sea world industry is English so expect most everyone to have at least a basic understanding depending on their rank and duties.

Have you ever traveled by container ship?
What do you wish you knew before embarking on your journey? 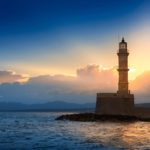 20+ Amazing Things To Do In Chania Greece 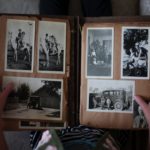 How To Remember Everything Including Your Travel Adventures