In 2012, I moved to New Zealand with my family. Fast-forward a couple of years, the family moved again and I stayed. Thus, the first 7 years of my adulthood were spent in the beautiful country of Aotearoa, and I made it my home and adopted country. In the process and because I continued to travel overseas I began to see how many things people get wrong about New Zealand.

Most of them are funny and harmless and if you are a Kiwi or someone that has travelled to the far away land of the hobbits, you will definitely recognize some of them.

Aotearoa New Zealand is in Scandinavia

Every time I mention New Zealand, I have no idea where people will imagine it is located. Don’t get me wrong, some people are more familiar with geography that others, however, for most of my European friends, the name New Zealand brings up the region of Scandinavia. I can tell because their follow-up questions to my discussion are often about how cold it is “up there”.

Other popular places that New Zealand is mistaken for are England (why?) and Greenland! My university student card that prominently displayed “New Zealand” at the bottom was always flagged as an English student card!

Aotearoa New Zealand is the same as Australia

People tend to group New Zealanders and Australians together; an easy way to make amicable Kiwis slightly annoyed! From the accent to the landscape and the fact that the shortest flying distance between the countries is 4 hours, these are two widely different countries!

For reference, Athens to London would take about 4 hours as well!

Let’s get back to the map! New Zealand is not a warm tropical destination and even our summers are better described as mild rather than hot.

The average temperature, country wide, for the summer months (December, January and February) are only 17 to 19 degrees Celsius.

But it is not all bad. New Zealand climate varies widely depending on where you are located. The far north gets a hinge of subtropical climate, and parts of the North Island like the Bay of Plenty and Hawke’s Bay are sunshine paradises.

In the northern parts rainfalls during the winter months are a common occurrence, whereas in parts of the South Island, winters are drier but cold.

If there is one thing I’ve learnt from camping during the summer and freezing at 5 degrees at night, or getting sunburnt in the autumn at 20 degrees, is you have to be prepared for four seasons in one day and always wear sunscreen!

Aotearoa New Zealand has a lot of dangerous animals

If there was ever a reason to rejoice for being different from our neighbours is the fact that New Zealand has no animals that want to kill you.

Forget the snakes, spiders, creepy crawlies and anything else that can poison you just with one look. Those all got stuck in Australia.There are a few venomous spiders, such as the Australian white-tailed, but they are rare and their sting is not lethal.

This one is pretty hard to dispute actually! They could be in hiding and nobody has yet to find them.

I blame the fact that Kiwis love to go to the supermarket and walk around barefoot for this one. And yes, I have tried it, and I am a fan

This is one topic that cannot be sufficiently explored within 100 words but it is important to note that New Zealand was founded on bicultularism and the equal rights and protections of Māori and non-Māori or Pākehā citizens.

In reality, while the founding document of the country, “Tiriti o Waitangi” was signed in 1840, it was only in the last 40 years that the government has stopped systematically favouring Pākehā culture.

While not everyone can agree on what a bicultural New Zealand society should look like, and we still have a long way to go with supporting Māori culture and self-determination (Tino Rangatiratanga) New Zealand is fast becoming one of the most multicultural and diverse countries.

Visitors should not only expect a rich cultural heritage that has nothing to do with mother England but most of the cities, and especially Auckland are incredibly ethnically diverse with almost 40% of people living there having been born overseas.

China, India, Fiji, Polynesia, South Africa and the Philippines are high on the list of places represented within the population which means the food options around Auckland are incredible!

You will see a Kiwi

A “kiwi” can be many things. A New Zealander, a green fibrous fruit or a native flightless bird and unofficial national animal of the country.

Once upon a time, millions of kiwi birds lived free all around the protected environment of New Zealand.

In recent years the kiwi population has been declining steadily and this national treasure with a significant cultural significance is under threat.

In addition to kiwis being a rarity, they are nocturnal, so unless you are roaming around in the dark it is pretty hard to come across one.

One of the most likely places to see a kiwi bird in the wild and not in a sanctuary is Stewart Island at the very bottom of the South Island.

The slogan 100% Pure was part of a widely successful marketing campaign that depending on whom you talk to should either be left alone or be instantly corrected. Yes, New Zealand is stunningly beautiful, with diverse landscapes, unspoilt nature scenery and clean air.

The infatuation with promoting Aotearoa New Zealand as a scenic and sought after paradise destination goes back to the colonial era and there its history becomes a lot more sinister. In essence, this package deal of pure, free and open was used to lure settlers to the “new land” (ahem, stolen land).

Nowadays, the 100% Pure slogan is used as a way of defining all the things that make Aotearoa New Zealand unique and not just a “pure destination”. Supporters would also emphasize that while not perfect, New Zealand is dealing with ecological issues a lot better than other countries and has been proactive in implementing greener solutions to environmental problems.

While no country will promote the pollution levels of rivers and lakes by dairy run-off and toilet paper placed there by inconsiderate freedom campers, you will find that New Zealanders are passionate about not simply promoting the environment but protecting it!

Aotearoa New Zealand is not hard to reach

Thought I’d try to confuse you! This is obviously not true unless you live in Australia.

New Zealand is quite far away and will require you get on a plane for much longer than you might want to, but it is 100% worth it and you will be amazed by this country of friendly locals, stunning landscapes and amazing coffee! 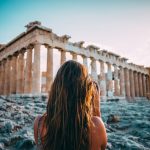 Websites You Will Find Useful When Moving to Greece 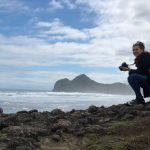