Planning My Biggest Adventure Yet, Has Killed My Mini Adventures

I I don’t know about you but I am not a fan of unfinished business. It sits on my stomach like a loaf of undercooked bread that you ate and then regretted before unsuccessfully attempting to have a nap. I need to talk it out, fix it or resolve it in order to go on with my life and that is just the way it is.

So, when 4 months ago I suddenly stopped planning my mini-adventures I knew that I would have to at some point deal with this peculiar feeling of indigestion I brought onto myself.

To be very honest, I was surprised to have completed 6 months of uninterrupted mini-adventures to start with. Routine and consistency are not what I am known for but there was something interesting about the whole mini-adventure concept. They are both routine and not, in that they attempt to take you into places you don’t usually venture into. They are related and similar but not identical, like a pair of fraternal twins. And even though it takes 21 days to form a habit and I had more than surpassed that, somehow it all came to an abrupt end.

I have not written anything about this website for more than 4 months. At least once a week, I would get into bed think about my unfinished business with my mini-adventures and fear that maybe I had lost my writing spark.

It wasn’t that I had stopped writing altogether! My last semester of university required plenty of academic writing and there was a steady stream of content that I wrote for work. But there was barely one word written for my neglected website and mini-adventures.

Prior to this little setback, I would get into bed at night only to end up twisting and fighting with the sheets. Thoughts were formed whether I wanted them to or not and I could feel my right hand trace invisible words and reach for a pen. I’d try to reason with myself that I could wait until morning but I knew that was a lie and so the game was already lost.

Lights would be turned on, pen and paper ready and black ink would stain page after page uninterrupted, to cleanse my brain of the echos and finally let me get some well-earned sleep.

I hadn’t had one of those moments for months! Until two nights ago. Once again, I found myself thinking of why I quit planning mini-adventures.

And then it hit me.

I was just about to have my biggest adventure, the planning of which started about four months ago. An adventure that is significant both in terms of the years of dreaming and hypothetically planning what it would be like but also the very real logistics of organizing it. It would make sense then, that anything else just seemed trivial.

If you are reading this you probably know me, so you might not be surprised to hear that I am soon to embark on a 21-day trip onboard a container ship that will take me back to Europe.

In 4 weeks from now, if everything goes according to plan (a phrase I have been using a lot lately) I will be ticking off a box that was created more than 10 years ago. It feels monumental, in the way that I imagine others feel about their wedding day or the birth of their first child. A new chapter that will start being written. A dream now fulfilled and space for new dreams to grow.

This year I may have only planned 6 mini-adventures, but I can feel that soon I will be ready for more. Now that is exciting! 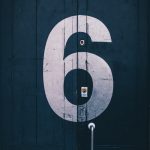 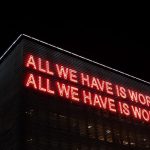 27 Things That May Prove You Are Addicted To Writing