8 Things I Miss About Living in New Zealand

When you live in New Zealand you get pretty used to people raving about the place. Even if they can’t spot it on the map or struggle to remember what language we speak, something within people instantly recognizes the mention of this special place.

Now, I will not bore you with the cliché basics.

Yes, I miss my friends. A location is nothing without the people that you surround yourself with, but this list is more about the trivial daily stuff that you never think you will miss or put any significant thought into.

Paying for my .50 cent apple with EFTPOS

Convenience at its finest. New Zealand is the land where you go can go to the farmers markets and purchase a .50 cent of parsley with your bank card. EFTPOS here stands for Electronic Funds Transfer at Point Of Sale but nobody says that. Please don’t say that.

Cash or EFTPOS is a pretty standard question. My answer was 99% the latter.

Meeting people at 7 in the morning for coffee

In New Zealand we like to wake up early. Early enough to do some light exercising at the gym or go for a run. Early enough to have time to grab coffee with a friend before needing to get to work.
It might be friend-dependant but in Auckland, I could ask a friend to go for an early morning walk to the beach at 7 o clock, no problem!

In Greece, 2 in the morning could be more suitable than 7 AM.

In general, New Zealanders are very active people. Might be the whole wake up early and seize the day mentality that I mentioned above. Either way, hiking, bushwalking and going on little walking excursions is a very common activity around the country.

There are signposted walking trails all around the country even in Auckland which is according to some “a big” urban city.

From walking trails around the neighbourhood, to getting to the top of the hill of North Head in Devonport, Auckland had a ton of options when it came to hiking and the same is true for most parts of the country.

Being able to skip the shoes I feel like it

I bet you have heard this one before. Living in New Zealand gives you the opportunity to live like a real hobbit, without your shoes that is.

But before dismissing it, have you ever thought of how much fun that is?
You at the beach and want to run to the dairy to get some Tip Top ice-cream? Absolutely fine, no need to waste any precious movements. Just start walking.

Sitting at home thinking of what to cook for dinner and remembering you need to go to the supermarket? Just jump into the car, no problem.

I have gone barefoot to the supermarket, cafés, the gas station and my friends houses! It is a life changer. This could be the number 1 thing I miss the most about living in New Zealand.

Excellent flat whites even in the most sketchy looking coffee shops

New Zealanders love their coffee. Working as a barista in cafés around Auckland showed me that most people are more than just knowledgeable about coffee, they are particular. Burnt milk and over extracted coffee will not cut it. That coffee will be sent back to be remade and your boss will not be happy if the regulars complain a second time.

In general, New Zealand is the land of the flat white. So, when it comes to good espresso, expertly frothed milk and great cappuccinos, we have got you covered.

If I had one tiny complaint about coffee in New Zealand is that we are miles behind when it comes to iced coffee that isn’t a dessert. You can take the girl out of Greece but you can’t make me stop drinking Freddo Espresso.

Look, everybody hates generalizing. And saying I miss this about New Zealand does not mean other countries don’t have polite strangers. But the local variety of Kiwi politeness is different and more approachable, and mostly found in middle aged couples walking the same hiking path and stopping to say “Mōrena!”.

Another example would be the bus drivers. Did you know that when you are living in New Zealand it is pretty common to hear people say “Good morning”, “Thank you” and “Have a good day.” when they get on or off the bus. Yep!

Twice I came across bus drivers that were so friendly I was shocked. The first time I went up to ask a question about the distance to a location close to my bus stop. The driver pulled over at the bus stop got out of the bus and then walked to the side of the street, so he could point the exact place I had to go. And that was at 6:30 in the morning when most people haven’t even started to use their facial muscles yet.

The second time was even crazier, I was on the last route in an empty bus and the driver took a road that wasn’t on the main route to take me to where I was going.

The diversity when it comes to takeaway food establishments

For a city of only 1.6 million, Auckland packs in a lot of diversity in general but that is also reflected in the food on offer. In one small suburb, where may I remind you shops close around 10 and cafés only stay open till 5, I could get Chinese, Thai, Japanese, Indian, Korean BBQ, English, Turkish, French and Middle Eastern outlets.

My current home town  (Thessaloniki) is not lacking in food establishments plus you can order to have it delivered much easier and there are options 24 hours a day, but there isn’t the same number of options available. I hope that changes in the near future.

Needing a duvet at night (even in the summer)

Weather in New Zealand can might quite unpredictable and Auckland is often referred to as a bipolar city, that can move from hail to sunshine within seconds and where you always need a heavy jacket stashed away, just in case.

The positive side of that is that even during the hottest summers day, you can still sleep with a light duvet and not twist and sweat the whole night through like in the Mediterranean countries.
Are you still living in New Zealand? What do you think you will miss the most if you leave? 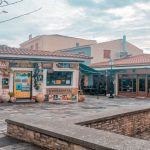 The Best Things To Do In Kalamata City (An Incomplete Guide) 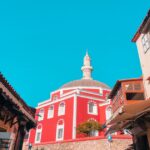