I first moved to Aotearoa New Zealand two months after my 18th birthday in 2012 and called it home for the next 8 years until moving back to Europe in 2020. (on a container ship, which is quite a big story).

At the time I had barely travelled solo and had to find the most convenient and budget-friendly way of getting out there and exploring.

Fuelled by the adventures of solo female travel bloggers and people I came across I made the decision to purchase a backpack and go WWOOFing. Don’t know what that is? Basically, you are exchanging a few hours of work for a place to stay and three meals a day. You read more about what I’ve learned from my WWOOFing here.

In the years that followed, I went on more long solo trips around New Zealand with the highlight being a one-month road trip from the top of the North Island in Auckland all the way down south to Queenstown and back up again.

I mostly slept in DOC camping sites or in my car when the weather was horribly bad and drove more than 7 thousand kilometres around the country.

If you are considering setting out on your first solo adventure here are some things I’ve learned about travelling solo around New Zealand!

Okay, what even is safe? Let’s get that out of the way first. Safety is a feeling not a fact and it largely depends on the experience you are going to have. One tiny bad experience can negatively impact everything.

In general, I am going to be real and say the world is full of dangers!!! However, New Zealand really is one of the places I have felt the safest around the world.

Looking at some statistics, New Zealand places 55th on the World Crime Index List. Which is only slightly safer than Russia and apparently more dangerous than Jordan, Thailand, Greece, Albania and Turkey, Kosovo and the United Arab Emirates.

While New Zealand is no stranger to crime, especially within the larger cities, I am very sceptical of how it can rank lower than certain countries on this list. But once again this has to do with statistics available on crime and won’t necessarily reflect how you feel when visiting a country.

Either way, New Zealand for me is one of the friendliest nations and I would highly recommend it as a solo travel destination, especially for women.

People are not weirded out by a girl travelling solo

In some countries, the idea of a woman setting out on her own is still frowned upon or just unfamiliar. Not here!

Most Kiwis (boys and girls) go on their OE or overseas experience after finishing high-school. And that is not just within New Zealand. Southeast Asia and Europe are the most popular destinations to spend a year in, working, travelling and getting some new experiences before moving back to Aotearoa and possibly getting a house!

So for female solo travellers, you will have plenty of company around New Zealand and I have come across hundreds of girls going around the country, without anybody thinking it is strange.

The question, “where are you from?” sends shivers down my spine. I never know how to answer it. While I am 100% Greek born and proud of my heritage, I spend most of my childhood living in different countries and became accustomed to and close to the culture, language, sights and traditions of different places.

The idea of belonging exclusively to one place or living somewhere permanently is so foreign to me that I could spend a few days in a hotel and still say, “let’s go home.”

So when I was travelling to the South Island and people asked where my home is, I naturally would reply, “Auckland”.

I definitely got some interesting looks from people, who struggled to see how a girl with an accent can be from Auckland not to mention that it is not a favourite city amongst Kiwis.
In almost every country I’ve been to, people have a love-hate relationship with the people living in the capital. And yes, Auckland is not the capital of New Zealand but as the largest city the same rules apply here.

If you are road tripping – fill up!

I can’t count the times I almost run out of gas on my first few days road tripping around the North Island.

At some stage I seriously thought I would have to spend the night in the middle of nowhere and call AA (NZ Automobile Association) to help me. Thankfully, by the time I reached the South Island (which is considerably worse) I had learnt my lesson and filled up whenever I could.

In some parts of the South Island you could drive for hours without coming across a gas station.
There are multiple apps for backpackers and travellers that provide useful information, including public toilets, gas stations and places where you can camp for the night, so I would suggest making full use of one of them.

One of my favourites was CamperMate and WikiCamps New Zealand.

Be a tidy Kiwi (always)

The slogan “Be a tidy Kiwi” was born back in the 70s but has remained popular and most New Zealanders will know exactly what you are talking about when you say it.

New Zealand tourism has boomed in recent decades due the success of the Lord of the Rings franchise amongst other things, and staying pure and clean is integral to the image of the country.

We like to keep our precious country clean so don’t even think about dropping your rubbish some place other than the bin.

Back in January 2019, a British family made headlines and was asked to leave New Zealand after travelling throughout the country and leaving piles of rubbish everywhere they went. They also escaped restaurants without paying, stole items and were verbally abusive so that didn’t help either!

Just like this couple found out the hard way, when you throw your rubbish at our beach, we will tell you off and get you to clean up! It is the mature thing to do.

In New Zealand, you need to drive on the left-hand side of the road which might be unfamiliar to some people visiting from other countries.

This doesn’t seem to be an issue in Auckland but if you are driving around the South Island where you get a lot more overseas visitors you need to stay vigilant about people accidentally driving on the wrong side of the road.

It has happened to me twice and let me tell you, swerving to avoid a mini van coming at 80 km towards you is not fun!

Always pack for four seasons in one day

Aotearoa, New Zealand is the ‘land of the long white cloud’.  That means that together with beautiful cloudy skies you get some pretty swift changes to the weather and temperature.

Even during the summer months, the temperature might drop from mid-twenties during the day to single digits! And if you are on an altitude or higher up in the mountains you will need proper winter clothes to survive.

If you are travelling solo around New Zealand you will not be able to borrow a jacket from someone so make sure to bring all your supplies!

You will rarely be alone (unless you really want to)

New Zealanders are friendly and there are thousands of expats living here and millions of tourists visiting each year.

Hostels are very popular places to stay, both for travellers and for students and people temporary relocating to a new city within New Zealand.

You will undoubtedly meet many people and get invites for hikes, barbies (BBQ’s) or drinks at the local pub.

Get out of the cities

Auckland and Wellington are the two largest cities in New Zealand and while they pack a lot of green and have some beautiful spots to explore within, the charm of New Zealand lies in its wild and beautiful nature.

You should head to the lakes, rivers, beaches, fjords, mountains, and do any sort of activity associated with them that you enjoy.

Yes, New Zealand is a safe country but that doesn’t take away from the fact that you should always be prepared when travelling, especially on your own.

The same advice for every country you are visiting on your own!

When I did a 45 km, 4-day hike around Lake Waikaremoana I made sure to sign the intentions book, told people exactly when I was leaving and coming back and rented a PBL (Personal Locator Beacon) to have with me.

Don’t underestimate the weather and always check for warnings, whether that is floods or heavy snowstorms, because plenty of tourists have been stuck on mountains and some have even lost their lives.

Lastly, split your money and always carry a local SIM card with enough data so you can contact someone in an emergency.

These are just a few of the things I’ve learned from travelling solo around New Zealand. Do you have anything to add? 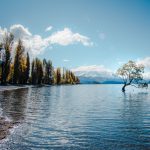 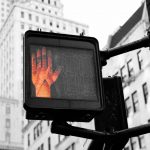